Support Home Installation Installing the Male Bracket to the Wall

Centering Against Your Studs 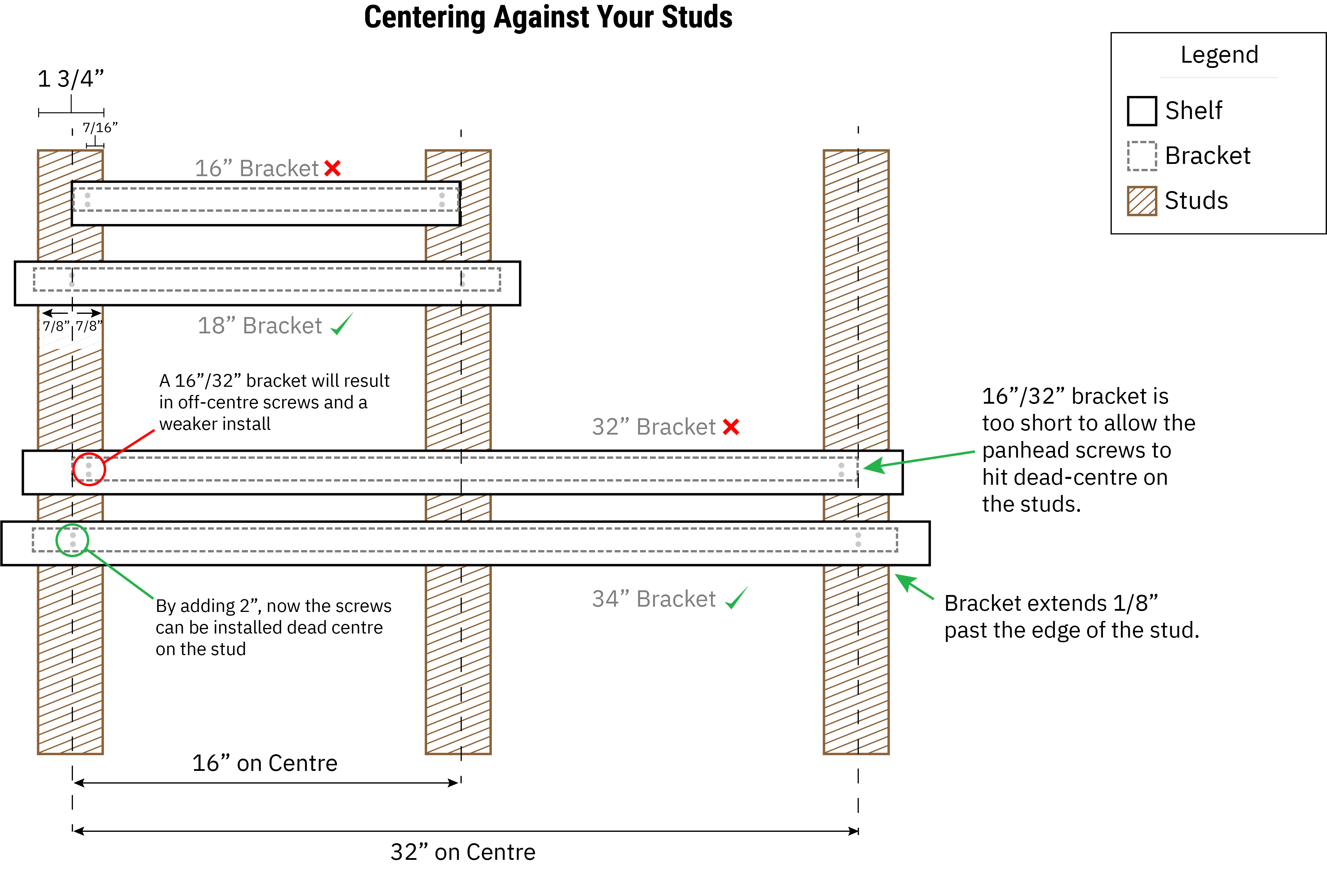 A 16” bracket is not long enough to safely hit two studs dead centre. Using an 18” bracket will allow the bracket to stick out past the stud by 1/8”, and enable you to centre your screws in your studs. 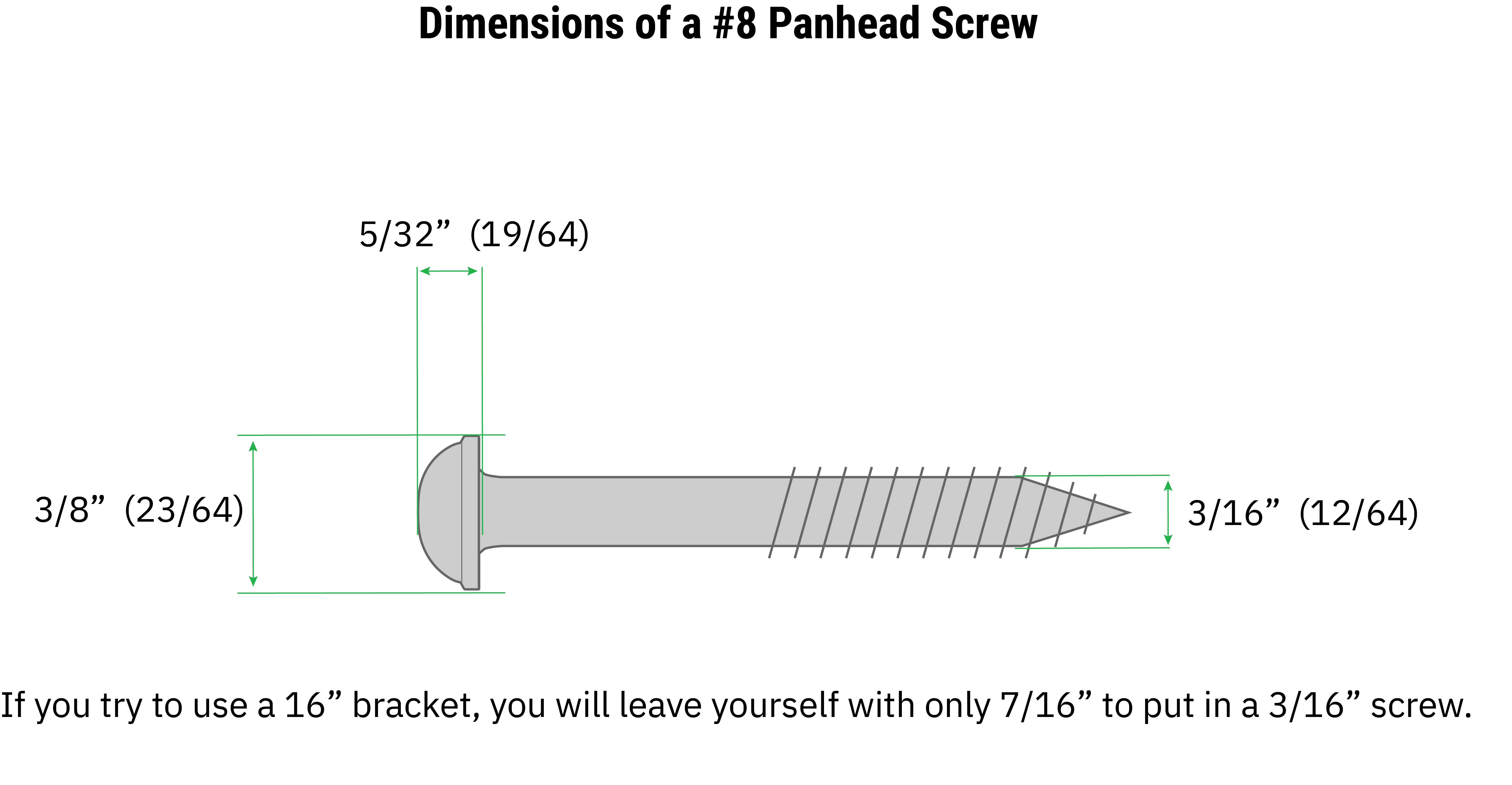 As you can see, the screw head is already 6/16" (3/8) big and we only have 7/16" of room left in the stud to drill into. The screw itself is only 3/16" thick though, and if you drill to the right, you will miss the stud. Even if you're perfectly straight on, you are only in the stud by 1/4 of an inch. If you drill to the right you are fine, but then the pan head screw does not sit flush on the bracket anymore. And we must also remember that no stud is perfect - they are warped, not exact at 16" center, etc.

Can’t find what you’re looking for?

Our award-winning customer care team is here for you.