Does the bracket need to be the same length as my shelf?

In order to save some material, as long as the shelf and bracket are installed correctly, the bracket is strong enough to be using the 1:2 ratio. Meaning that the brackets can be 1/2 the length of the shelf itself.

In order to visualize this, here are some examples: 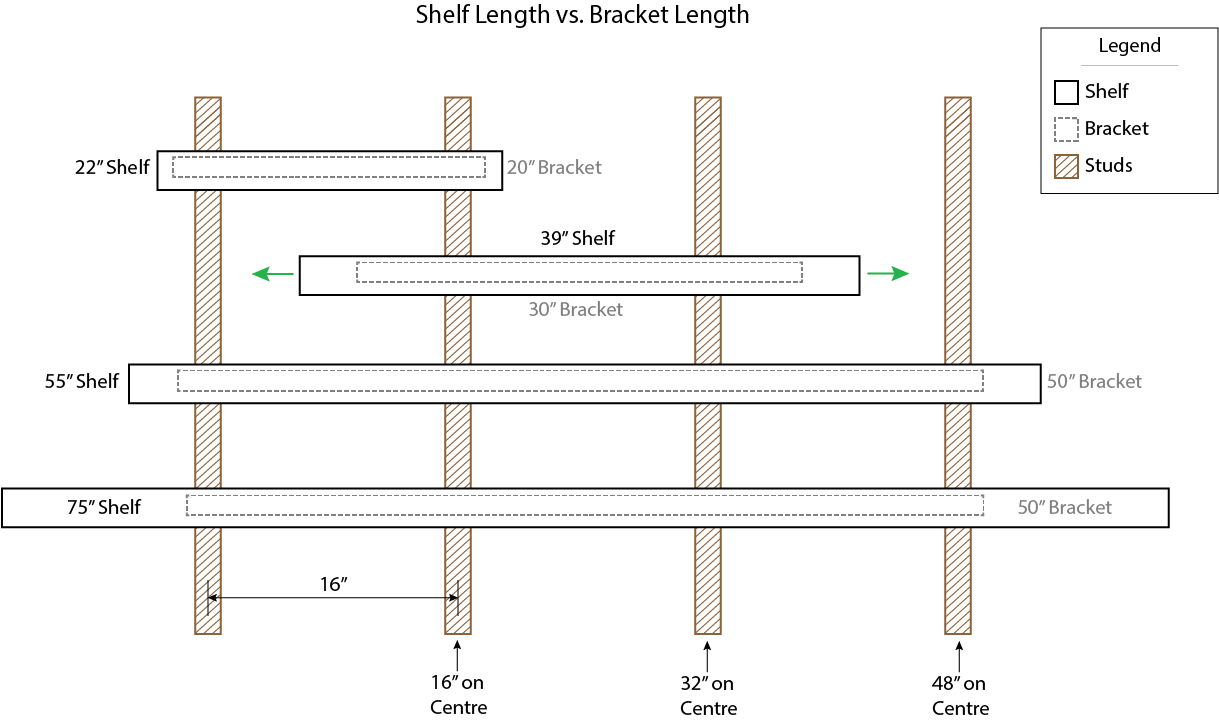 The 39" and 55" shelf can be shifted left to right in order to hit 2 or 3 studs respectively. In theory, you can use a 20-inch bracket for the 39" shelf, however you would be limited to where you can locate it on the wall according to stud position, as with the 22" shelf. For the best load capacity, in the example of the 55" bracket, it should be in 4 studs. Note that again, this is limited by the position of the studs, as is the case with the 75" shelf. 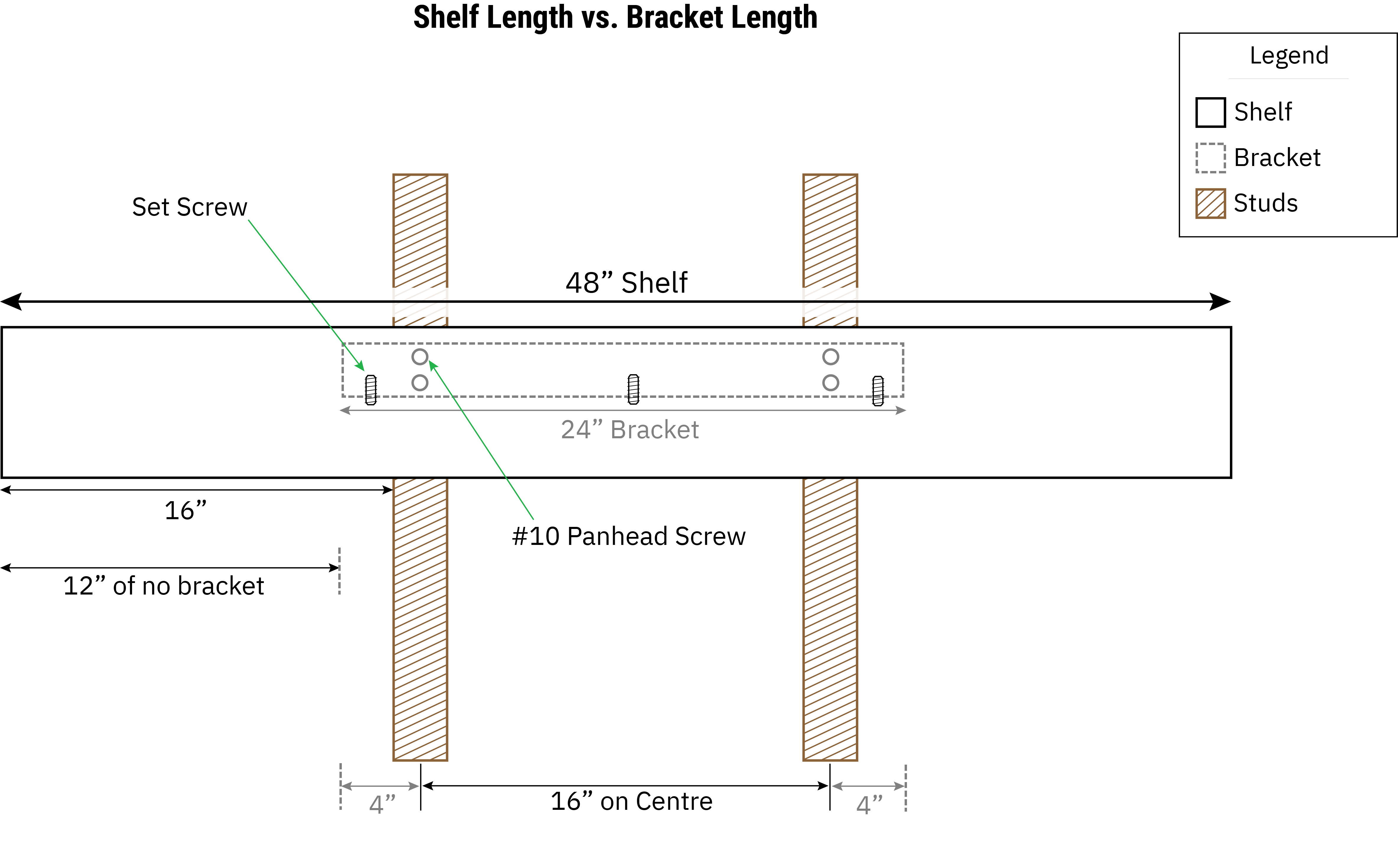 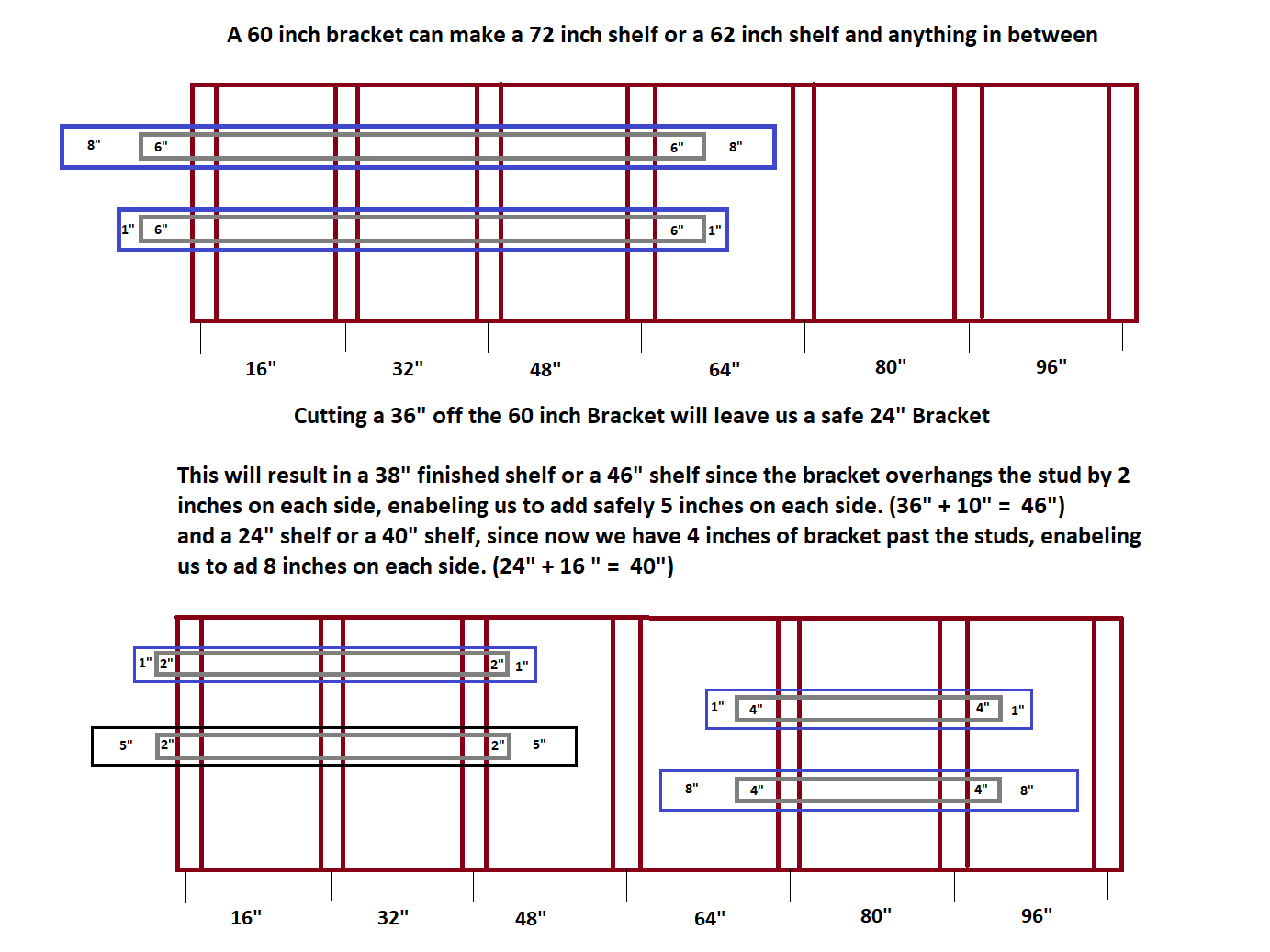 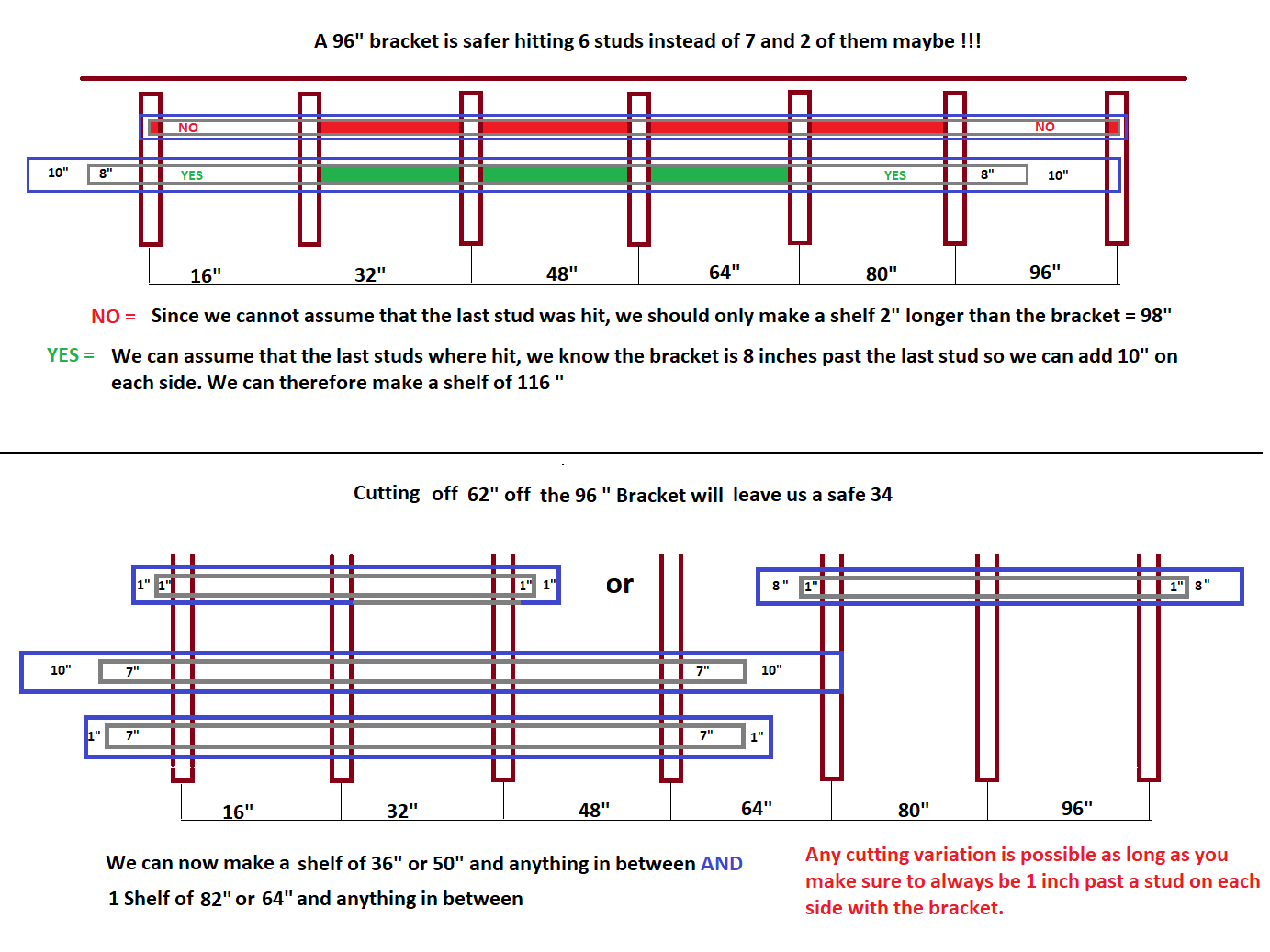 Also note that you can make the female bracket longer than the male bracket and now you can slide it to the left or right. This is sometimes done close to corners on walls. The important thing is to know beforehand exactly where you want it, and then be able to drill the set screw holes and taps at the right place as the set screw needs to go through the male AND female bracket to have an effect.

Can’t find what you’re looking for?

Our award-winning customer care team is here for you.